Dr. Stylianos Grigorakis was born in Athens in 1962 and graduated from the Leonteios School in 1979.

In 1986 he completed their studies where he received his degree from the Medical School of Athens.

From 1986 to 1989 he served as a doctor in the army, as a trainee in General Surgery and Cardiac Surgery.

From 1989 to 1992 he worked as a resident of Obstetrics and Gynecology at the Royal Free Teaching Hospital and Chase Farm District Hospital in London.

From 1992 to 1995 he worked as a curator in Obstetrics and Gynaecology at the Mayday University Hospital, Croydon, at St. George's University Hospital in Tooting and received the title MRCOG (member of the Royal College of Obstetricians and Gynecologists).

From 1995 to 1996 he was involved in Laparoscopic Surgery at the Cochin Hospital in Paris and ivf in London at the Gynecology and Fertility Center, under Professor Ian Craft, where he obtained the European Certificate of Specialty in Obstetrics and Gynecology.

Since returning to Greece in 1997, he has been involved in Laparoscopic Surgery and Assisted Reproduction.

From 1997 until today I have a private practice in Obstetrics and Gynecology with a particular interest in Laparoscopic Surgery and Reproductive Medicine.

In 1997, together with my colleague Marinos Tsirigotis and the embryologist Michalis Pelekanos, I founded the AKESO IVF Center, where i remained until 2015.

In 1997, he founded the AKESO fertilization center in Athens, with two other medical colleagues, where he practiced IVF until 2015.

Dr. Grigorakis is one of the original visionaries and co-founders of the Institute of Life (IOLIFE) – Assisted Reproduction Center – which operates since the end of 2015, within the IASO Obstetrics Clinic. 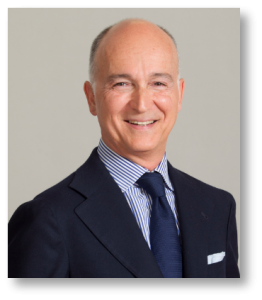